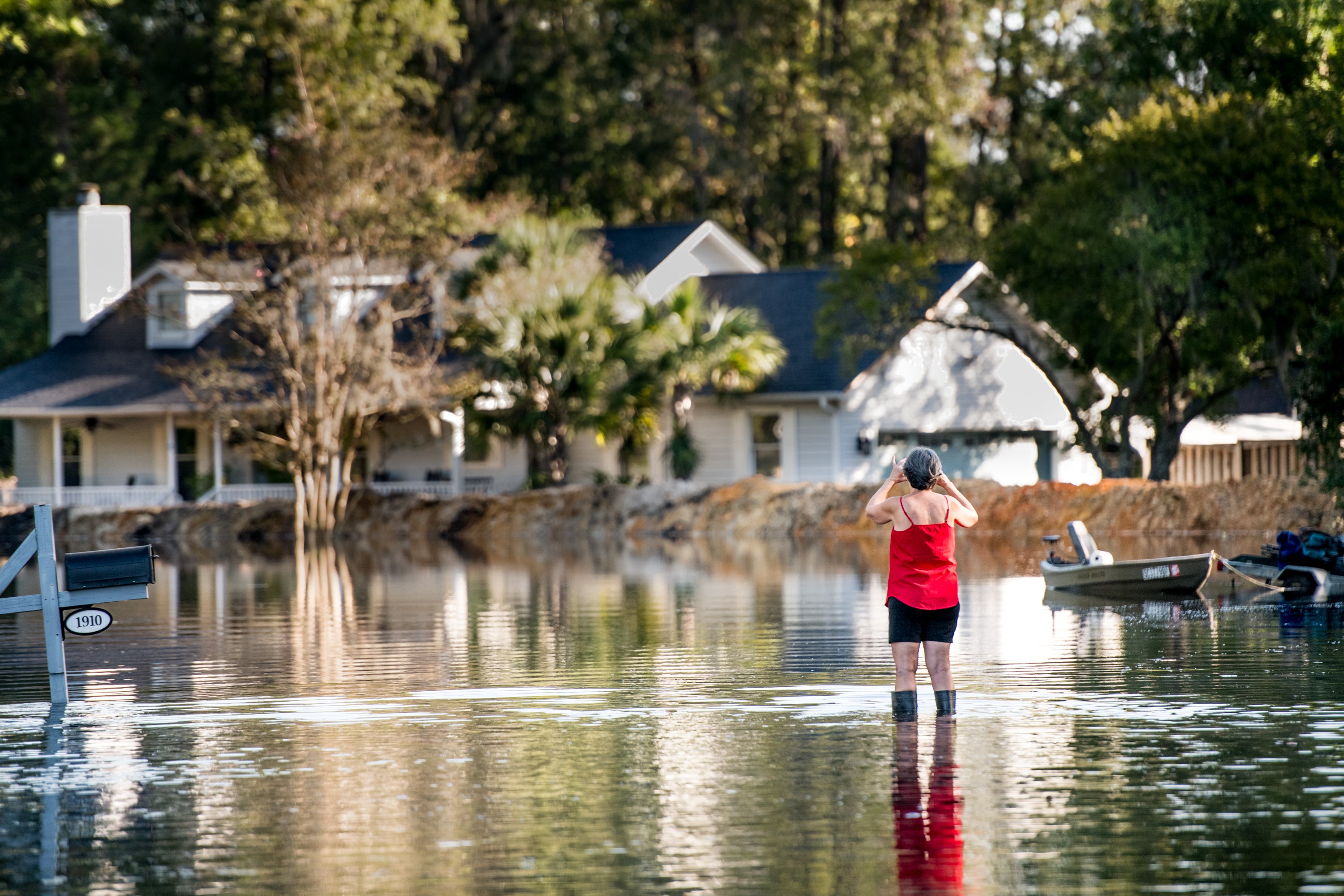 The 232,000 residents of New Hanover County, N.C., on the storm-battered North Carolina coast agree on two things: Climate change is real, and they haven’t done much to protect their homes.

The unwillingness of climate change believers to take basic protective steps—described in a new University of Notre Dame study—suggests that policymakers trying to encourage climate action are better off talking about the benefits of mitigation than about the dangers of a warming planet.

The Notre Dame research, along with a new Stanford University study showing the benefit of scientists acknowledging some uncertainty about future climate impacts, helps answer major questions about communicating climate change to the public.

The studies have broad implications to the 123 million people living in coastal U.S. counties and to the Federal Emergency Management Agency, which is trying to convince millions of homeowners to buy flood insurance as damage intensifies. Home insurance policies typically do not cover flood damage.

The Notre Dame findings may dishearten scientists who have spent years trying to explain the dangers of climate change. But the researchers say their study could be “good news for those interested in reducing coastal home vulnerability.”

Rather than using science to prove the planet is warming, scientists and policymakers can make a practical case that flood and wind mitigation is easy to do and saves homeowners money in the long run.

“We may not need to convince homeowners to ‘believe’ in climate science in order to convince them to protect themselves,” the Notre Dame researchers conclude in their study, recently published in the journal Climatic Change.

“People have trouble understanding climate change,” the researchers add, noting the distant impacts, lack of personal experience and invisible causes. “Messaging may be more effective if limited to the structural mitigations rather than the context of the changing climate that caused the need for such mitigations.”

The Notre Dame researchers surveyed 662 residents of New Hanover County in 2017, asking the extent to which they believe the climate is changing and the degree to which they have stormproofed their homes against hurricane winds and storm surges.

New Hanover, in North Carolina’s southeastern corner, has been hit repeatedly by major storms including Hurricanes Floyd in 1999, Charley in 2004 and Ophelia in 2005. Hurricane Florence hit New Hanover in 2018, after the survey was done.

Respondents overwhelmingly believed climate change is occurring: 73% were “somewhat sure,” “very sure” or “extremely sure” that the Earth’s temperature has been increasing over the past 100 years.

Respondents widely understood that climate change is the result of emissions from sources like power plants and transportation, and that it will cause rising sea levels, more damaging storms and more frequent flooding. And 68% of respondents said global warming is important to them personally.

But most people weren’t worried personally. Only 11% of the respondents said global warming would harm them “a great deal.” Fifty-seven percent said it would harm them “not at all” or “only a little.”

“Even the climate-aware believe they will escape personal impact,” the study says.

The result: Only a small number of respondents had taken protective steps such as installing storm-rated windows and doors. An even smaller number said they intended to take such steps.

Researcher Debra Javeline, a Notre Dame political scientist, said that policymakers should encourage home mitigation by focusing on “its economic benefits rather than in the context of climate change.”

Scientists who warn about climate change can do a better job persuading the public if they acknowledge some uncertainty about impacts, a separate study by Stanford researchers found.

The Stanford study, published yesterday in the journal Nature Climate Change, could help guide scientists as they struggle with how much uncertainty to disclose.

“It was important to understand whether expressing uncertainty would undermine persuasion, or whether the general public might instead recognize that the study of the future has to involve uncertainty and [would] trust predictions where that uncertainty is openly acknowledged,” said researcher Lauren Howe.

The researchers wrote that their study “rebuts the often-heard claim that expressing uncertainty undermines persuasion.”

“People seem to recognize that complete certainty in future predictions is not possible, especially in the context of global warming,” the study concludes.

People who read the third statement had more trust in the scientists than the people who read the other two statements, researchers found. “Attempts to catastrophize by focusing only on how bad things can get may not be effective,” the study says.

Scientists who acknowledge that their predictions cannot be precise “may bolster their credibility” and acceptance by non-scientists, said Stanford social scientist Jon Krosnick, who wrote the paper with Howe.

But the researchers also found that scientists undermine public confidence in their predictions when they say damage from climate change is unpredictable.

Half of the survey participants read a follow-up statement acknowledging that forces such as storm surge make it impossible to measure future damage from sea-level rise. Those participants had less trust in scientists than their counterparts.

Solar Farms Shine a Ray of Hope on Bees and Butterflies

Chameleon Theory Could Change How Scientists Think About Gravity