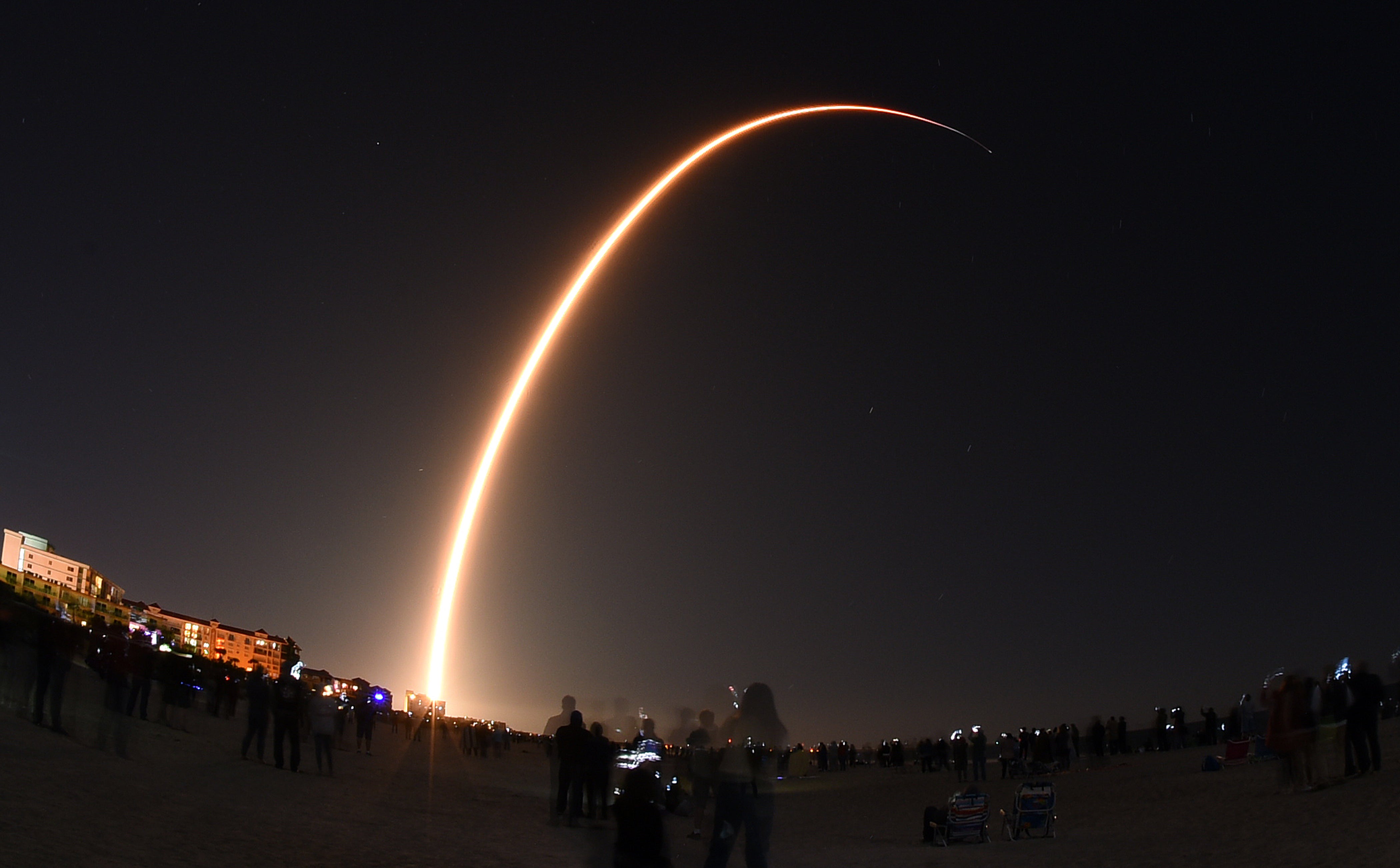 The aerospace company SpaceX launched 60 of its Starlink broadband Internet satellites into orbit on 6 January — including one, called DarkSat, that is partially painted black. The probe is testing one strategy to reduce the brightness of satellite ‘megaconstellations’, which scientists fear could interfere with astronomical observations.

Various companies plan to launch thousands of Internet satellites in the coming years; SpaceX, of Hawthorne, California, aims to launch 24 batches of Starlinks this year. By the mid-2020s, thousands to tens of thousands of new satellites could be soaring overhead. Bright streaks caused by light reflecting off them could degrade astronomical images.

“I was complaining to my wife that I can’t sleep very well these days because of this,” says Tony Tyson, a physicist at the University of California, Davis, and chief scientist of the Vera C. Rubin Observatory, a major US telescope under construction in Chile. (It was renamed this week from the Large Synoptic Survey Telescope to honour the late Rubin, who discovered evidence for the existence of dark matter.)

Astronomers discussed the potential impacts of the satellites on various telescopes, and what could be done about them, on 8 January at a meeting of the American Astronomical Society in Honolulu, Hawaii. “2020 is the window to figure out what makes a difference in reducing the impact,” says Jeffrey Hall, director of Lowell Observatory in Flagstaff, Arizona, and chair of the society’s committee on light pollution.

“SpaceX is absolutely committed to finding a way forward so our Starlink project doesn’t impede the value of the research you all are undertaking,” Patricia Cooper, SpaceX’s vice-president for satellite government affairs, told a session at the astronomy meeting.

Three batches of Starlinks have been launched, for a total of about 180 satellites so far. They are most obvious in the night sky immediately after launch, before they boost their orbits to higher altitudes where they are farther away and appear dimmer. It’s not yet clear how significant a problem Starlinks will be for astronomy; scientists have complained about trails in their images since the first launch, but if the company ultimately moves to paint most of the Starlinks black, the impact could be substantially reduced.

Many astronomers panicked in June, soon after SpaceX launched the first batch of 60 Starlinks and telescopes began photographing their trails. Their brightness came as a surprise, says Patrick Seitzer, an astronomer at the University of Michigan in Ann Arbor. “The new megaconstellations coming online have the potential to be brighter than 99% of everything else in Earth orbit, and that’s where the concern comes from,” he says.

Several factors contribute to their puzzling brightness, astronomers reported at the meeting. SpaceX says the position of the solar panels might have something to do with it: at lower elevations, before the orbit boost, the satellites’ panels are positioned like an open book to reduce drag. That temporary orientation could make them reflect more sunlight. The speed at which a satellite moves across a telescope’s field of view is also important — the slower it moves, the more brightness accumulates per pixel of imagery.

There are no regulations that control how bright or dim a satellite needs to be, notes Ralph Gaume, director of the astronomical-sciences division of the US National Science Foundation in Alexandria, Virginia.

Calculations suggest the Starlink trails will interfere with astronomy most significantly during the hours surrounding twilight and dawn. That’s a particular problem for observations that need to be made during twilight, such as searches for some near-Earth asteroids. And on short summer nights, the satellite trails could be visible all night long.

The Rubin Observatory is particularly vulnerable because it will scan huge amounts of the sky very frequently. When it begins operating in 2022, it will photograph the entire night sky every three days, for ten years.

Tyson’s team is working on possible software fixes for the anticipated satellite trails, such as ways to electronically erase trails and other glitches they induce in astronomical images. But “we’re still left with all the complexity of having all these things removed and all these systematic errors”, Tyson says.

If telescope operators know precisely where each satellite will appear and at what time, they can swivel the telescope to point at a different part of the sky that does not have a satellite in it, says Tyson. That’s feasible if there are 1,000 satellites, but not if there are tens of thousands, because the telescope loses so much time manoeuvring that “it’s hopeless”, he says.

That leaves darkening as a leading option. With DarkSat, SpaceX engineers painted surfaces on the satellite that scatter light or reflect light diffusely, says Cooper. That could make them faint enough to be invisible to anyone looking up at a typical night sky — but almost certainly still visible to most astronomical research telescopes.

“It’s still going to be very much a part of astronomers’ lives,” says Jonathan McDowell, an astronomer at the Harvard–Smithsonian Center for Astrophysics in Cambridge, Massachusetts. “Just not a part of everyone’s lives.”

Why It’s So Hard to #DeleteFacebook

Meet Your Interstitium, a Newfound “Organ”