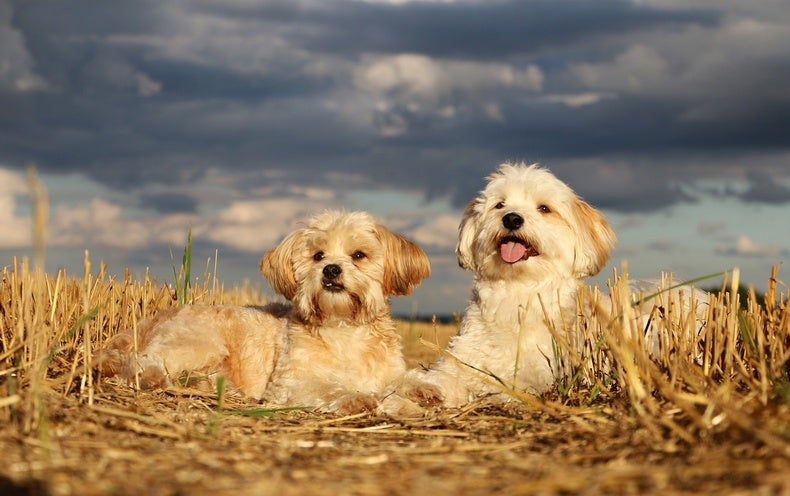 When pet dogs are diagnosed with cancer, they typically get surgery, chemotherapy, or radiation—that is, of course, if their owner opts to treat it.

Now, a Silicon Valley startup wants to offer precision medicine instead—by recommending targeted therapies that are normally used to treat humans. For a price tag in the low four figures, depending on the veterinary clinic, the One Health Company will sequence a dog’s tumor and generate a report with recommendations.

The pitch is attracting some high-profile interest here in the Bay Area, where it’s not unusual for dog owners to spend tens of thousands of dollars to try to keep their beloved pet alive. The company announced on Wednesday that it had raised $5 million in seed funding from top Silicon Valley investors, including the venture capital firm Andreessen Horowitz and the startup accelerator Y Combinator.

The One Health Company is part of a broader effort to bring precision medicine to veterinary medicine—often in the hope of using those insights to inform the way that cancer gets treated in humans. A Massachusetts company called Innogenics offers a genomic test for dogs with cancer. And another Silicon Valley startup called ImpriMed is developing a screening service to help recommend appropriate chemotherapies for dogs with lymphoma; it hopes to go to market next year.

At the One Health Company, “we are rethinking here how to help dogs with cancer, and how to actually help better understand cancer overall,” said Christina Lopes, the startup’s founder and CEO.

Lopes said her company has developed a next-generation sequencing panel for dogs. She likened it to the ones marketed by Foundation Medicine, the company acquired by Roche last year that profiles the tumors of human patients to help guide them to the best therapies.

Lopes wouldn’t name any specific drugs that her company’s reports might recommend, but she said it includes both generic and brand-name targeted therapies. A sample report provided to STAT recommends a drug in a therapeutic class that targets what’s known as the mTOR pathway; another recommended drug exploits a mutation in a gene called PDGFRβ. (The company’s reports also include personalized touches that wouldn’t fly in human oncology, like a photo of the dog and “really compassionate language,” Lopes said.)

Such treatment is unusual in the field. There’s just one targeted therapy, a drug sold as Palladia, that veterinarians routinely use to treat dogs with cancer. Genetic sequencing of a dog’s cancer is even rarer, an option mostly for those with the connections and the resources to fly to the nation’s premier veterinary medical schools to enroll their dog in an academic study.

Because there’s so little infrastructure for targeted therapies in canine cancer care, the One Health Company has gotten involved in the delivery system for the drugs it recommends—an unusual move for genetic testing companies, which typically have nothing to do with how drugs actually get to patients.

In addition to the cost of the genetic testing, Lopes said the company is experimenting with payment models in which dog owners might pay $500 per month for a recommended therapy or a flat fee of $1,500 for the life of the dog.

Asked how the One Health Company is able to dictate the cost of treatment, Lopes said that her startup has struck deals with providers of the therapies, including pharma companies, that might provide the drugs in an arrangement similar to a compassionate use program. Lopes declined to provide more specifics, saying that the company’s lawyers had deemed the details to be a trade secret.

Since the startup introduced its offering, called FidoCure, nearly a year ago, it has sequenced about 60 dogs with cancer—all of them the pets of paying human customers, Lopes said.

Costs for traditional cancer care for dogs range between $150 and $600 per dose of chemotherapy, or between $1,000 and $6,000 for a radiation protocol, according to estimates from the Veterinary Cancer Society. But many people—especially in places like the Bay Area, where dogs are a fixture in coffee shops and corporate offices—don’t hesitate to shell out far more, regardless of whether they can afford it.

Lopes said she’s heard from everyday people in the region who tell stories of spending $30,000 on their dog’s cancer care—even while struggling to pay for their children’s college education. She said she’s heard, too, from financially struggling millennials who say they’re willing to take on credit card debt to ensure that their dog gets the best cancer care.

As with some treatments for humans, the availability of new medical options has prompted a debate over whether pet owners may in some cases be prolonging the suffering of animals by pursuing aggressive care. Skeptics point to the many dogs in shelters who need homes—and to the many people with cancer who don’t get genetic sequencing of their tumors when it’s recommended.

Lopes, though, said her company is dedicated to improving cancer care not just for dogs, but for people, too. As her company profiles the tumors of dogs, it’s gathering a trove of valuable genetic data that Lopes hopes can help inform the development of therapies for humans.

In 2005, less than three years after the completion of the international effort to sequence the human genome, researchers published a map of the canine genome. It was based on the DNA of a boxer named Tasha.

But scientists’ understanding of the genetic underpinnings of canine cancers—and the development of new therapies to treat them—has lagged behind, said Will Hendricks, a cancer geneticist who studies canine cancers at the Phoenix-based Translational Genomics Research Institute, an affiliate of the cancer research center City of Hope.

Today, veterinary precision medicine is at a stage “that’s probably comparable to where we were in human medicine about five or six years ago—where data from genomic studies was just starting emerge in volume,” Hendricks said.

Hendricks, who is a paid consultant for Lopes’ startup, said he sees the entrance of new players into the veterinary precision medicine space to be “very positive in terms of helping generate the data that is needed that will be shared with the community.”

The One Health Company’s name refers to a philosophy that sees the health of animals, humans, and the environment as deeply intertwined. The startup was founded in Philadelphia in 2016, as a contract research startup focused on helping pharma companies recruit sick pets for pre-human trials.

But over time, the company pivoted to focus on cancer care for dogs in a commercial setting. And in the fall of 2017, Lopes and her team moved out west to Palo Alto, Calif., because they wanted the company to be in a hot spot for innovation.

The startup counts among its advisers Dr. Amy Abernethy, the incoming deputy commissioner of the Food and Drug Administration, who has been a fierce champion of the company’s mission—despite being allergic to dogs. (Because of her new job at the FDA, Abernethy will resign as an adviser to the One Health Company at the end of this month.)

Like any Silicon Valley startup hoping to make it big, the company also has an emotionally resonant origin story. Years ago while in veterinary school, Lopes’ co-founder and husband Benjamin Lewis got bad news about his beloved rescue Doberman: The dog had osteosarcoma, and perhaps just three months to live.

But Lewis pushed to get his dog enrolled in a clinical trial testing an immunotherapy. The dog lived for years more—planting the seed that would become the One Health Company.

Republished with permission from STAT. This article originally appeared on January 23 2019