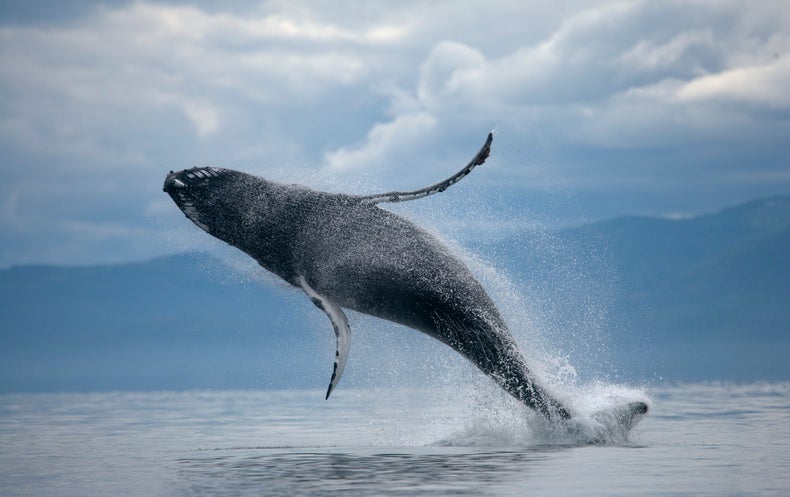 In 1964, the Beatles set foot in America and kicked off the British Invasion. But musical revolutions don’t occur only in human culture. They happen among humpback whales and their songs too.

“Yeah it’s very much like a fashion or a new type of song that comes from a different country and all of a sudden it’s number one and everyone wants to listen to it.”

Clare Owen, a marine scientist at the University of St. Andrews. The number one songs she’s talking about are the tunes sung by humpback whales in the South Pacific… which Owen’s team recorded at half a dozen wintering grounds.

Among the recordings, they found several variations on an older theme, throughout the region. <<song 1a>>

Even though that song was new, it had spread rapidly through multiple whale populations, replacing the old tune. In other words: it was a hit. And the key to that rapid spread, Owen says, might be a newly studied hub of cetacean musical exchange: the uninhabited Kermadec Islands, north of New Zealand, where whales from all over the South Pacific converge, en route to Antarctica.

And the search for songs—and their information—may be a reason for the convergence.

“We have whales traveling from the Cook Islands and making a huge deviation to the Kermadec on their southerly migration. It certainly opens up that question of why is this so important and what does this learning of the song mean to their survival and maybe their reproduction.”

Owen’s team did catch one whale who was singing a mashup of the older song and the newer ‘hit’ song. Evidence, perhaps, of it being caught in the act of revising its repertoire. And of the new tune rising to the top of the humpback charts.

The Climate Benefits of the Green New Deal