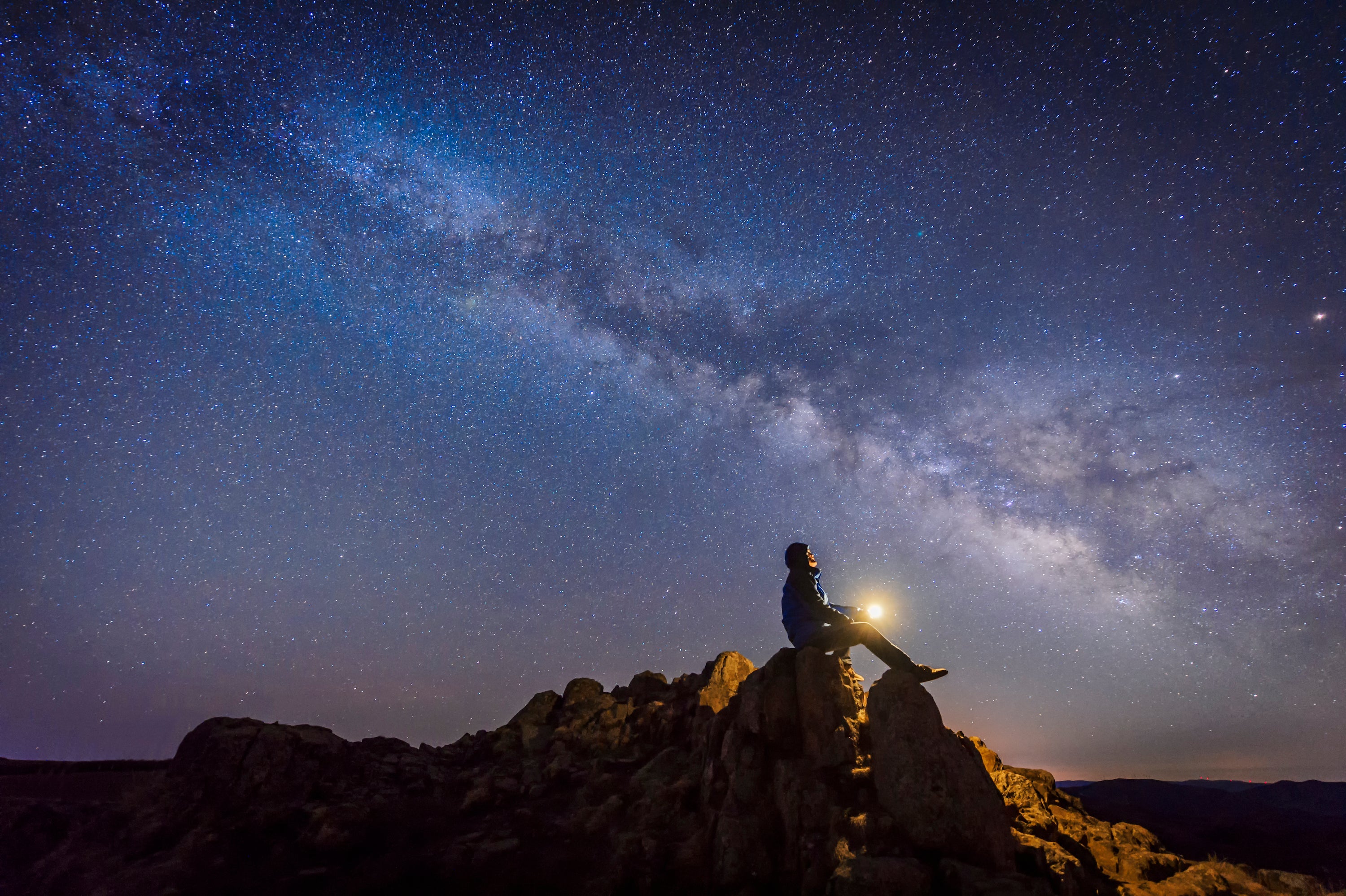 Astrophysics is not typically considered to be part of the humanities. Yet one class I took as a senior at university suggested otherwise. It left me in awe of the human mind.

With my own background rooted in the humanities, I found myself focusing on the way my professors described the cosmos. While the fantastical environments of black holes, white dwarfs and dark matter often took center stage, at the heart of each discovery was the human mind seeking to understand the unfamiliar.

Their tales of discovery made it clear that we often take our knowledge of the universe for granted. After all, the universe was not built for the human mind to understand. When we look up at the night sky, we see only a tiny fraction of what is out there. It is the task of the astrophysicist to develop a picture of the universe despite our overwhelming blindness.

I wanted to better understand how being human shapes our understanding of the universe. After talking to some of Princeton’s leading astrophysicists, one thing became clear: the discipline requires the human mind to be conscious not only of the universe but of itself (unless otherwise identified, all quotes are from these scientists).

Only 5 percent of the universe is normal, observable matter. Within this small fraction, the human eye can only perceive matter that emits light within a certain frequency on the electromagnetic spectrum. While birds can perceive magnetic fields and snakes can image in the infrared, we can detect only visible light. This range determines our picture of space, Adam Burrows explains. Our picture of space is, in that sense, a direct product of the human mind.

Rather than assume our picture wholly captured the universe, Jo Dunkley says that astrophysicists “started wondering whether there might be other things filling our galaxies and universe that we cannot see.” They designed telescopes to detect frequencies of light that lie beyond human perception, such as those of x-rays and radio waves. With these instruments, our picture of the universe became 5 percent complete.

The astrophysicists’ task then became one of using the visible to detect the remaining 95 percent. Einstein’s laws of gravity provided a means of navigating the obscure. Because gravity depends solely upon mass, its effects can be seen irrespective of light production. As Dunkley explains, a massive, invisible object, such as a black hole, will attract a visible object, like a star.

While the Event Horizon Telescope’s image of a black hole is one recent example, the strategy dates back as early as 1933. It was Swiss astronomer Fritz Zwicky who unwittingly first employed the technique when examining the behavior of galaxy clusters. He found the clusters to be far more massive than anticipated based on what was visible. He called the missing mass “dark matter.” Nearly 40 years later, American astronomer Vera Rubin confirmed its existence. While measuring the radial velocity of galaxies, she observed velocities incompatible with those predicted by the laws of gravity. The expectation had been that objects farther from the center of the galaxy orbited more slowly than those near the center. Rubin instead observed a constant velocity, meaning that there was no decrease at the fringe of the galaxies. In order for this to be possible within the laws of physics, there must be “more to space than meets the eye,” Dunkley explains. The mass existed, it just had yet to be detected.

Neta Bahcall explains that it’s the laws of gravity that render this dark matter indirectly observable. They allow astrophysicists to determine how much of the universe is invisible without knowing exactly what the darkness is. James Jeans once likened the situation to Plato’s well-known allegory, where “imprisoned in our cave, with our backs to the light, we can only watch the shadows on the wall.” The comparison is apt. Counterintuitively, the “shadows” here represent what is visible, and the “light” represents what we cannot see or even imagine. With this technique, dark matter came to contribute 27 percent to our cave drawing of the universe.

The problems facing our picture of the universe are not limited to what we can perceive. As Ed Turner explains, “our mind and the culture in which it was formed condition the way we explore the universe.” Because of this particular conditioning, we have mental blind spots for the cosmic phenomena that run counter to human intuition and understanding. For instance, Turner claims that the mind is “predisposed to see things as statistically significant when they might not be.” We erroneously perceive patterns in the spacing of stars and of the planets in the solar system, seeing them as though they were arranged.

There are other “properties of the mind that get in the way of seeing the truth,” according to Turner. Consider, for instance, our belief that massive objects must take up space. It is not a direct relationship: we accept that a piece of lead is more massive than a pillow, even though the latter is larger. At the extremes, however, we expect some positive correlation between the two. The extreme physical environment of a neutron star then poses problems. As Michael Strauss suggests, the star is so dense that “a thimbleful of neutron star material has the mass of 70 million elephants.” We cannot help but wonder: where is all the mass?

We are “blinded by being human when we look at something larger than the human experience,” Robert Lupton explains. It becomes further apparent when we are confronted with counterintuitive phenomena like white dwarfs and black holes. White dwarfs decrease in size as they become more massive, says Joshua Winn, and for black holes, all mass is compressed to zero size. While we cannot see the black hole, giving the phenomena a name allows us to imagine it. The same could be said of dark matter and dark energy, explains Dunkley. As with the previous analogy, language provides a means of overcoming our initial blindness to interact with these cosmic phenomena.

Astrophysicists encounter another blinding property of the mind when considering the nature of space: we can only visualize in three dimensions. In order to imagine the geometry of space— namely whether it is flat or curved—we would need to be able to think in four dimensions, says Dunkley. For instance, to determine the curvature of a ball, we first picture the ball in three dimensions. Therefore, to determine a three-dimensional curve, the mind would need to picture the four-dimensional object.

This need arises when astrophysicists contemplate the expanding universe and relativity. For the former, the task is to conceptualize a three-dimensional universe that exists in a loop—an impossible visualization, for connecting every dimension would create a four-dimensional object. For the latter, in order to explore the relativistic behavior of spacetime, the task is to imagine a three-dimensional space deformed by gravity—another impossibility.

In both cases, two-dimensional analogies facilitate understanding. Dunkley likens the universe to a piece of string attached at both ends to create a loop, and then relies upon language to bridge the-dimensional gap. We would connect every side of space, such that no matter the direction we traveled in, we would always return to our starting point, she explains. Similarly, in his 1915 paper on general relativity, Einstein used a trampoline as a two-dimensional analogue for space. He then turned to language to illustrate how placing a massive object upon the stretchy surface creates a third, vertical dimension. The same principle applied in more dimensions, he argued: massive objects bend space. While we are still unable to visualize the four-dimensional phenomena, Dunkley says that through these linguistic analogies, “we can imagine the consequences.”

In this manner, astrophysicists “stretch the mind to see the universe from an external perspective,” says Turner. Burrows speaks of retraining the brain by developing a new language better suited for the “conversation between the cosmos and the individual.” The environment of the universe is so different from our daily environment that often we cannot imagine it, according to Joel Hartman. Take, for instance, the size of the universe and the number of stars within it. The language of mathematics, grounded in scientific notation, logarithms and orders of magnitude, allows us to grapple with the cosmos where words fall short, explains Burrows.

Similarly, when considering the four-dimensional universe, mathematical measurements provide astrophysicists with an invaluable means of navigating the obscure. “Just like in two dimensions,” explains Dunkley, “if the geometry of space is flat, then parallel lines, like light rays, stay parallel always. If the space is curved, then they will either come towards each other in a positively curved universe or splay apart in a negatively curved one.” To return to the language of Plato’s cave, it seems that by measuring the shadows before us, we are able to conceptualize, in part, the nature of what remains out of sight and out of mind.

Even with this universal language of mathematics, astrophysicists still resort to biological terms to describe certain cosmic phenomena. Turner describes how astrophysicists speak of the birth and death of stars, as though they were alive. More extreme is the “twin paradox” devised to facilitate a correct conception of time. We are accustomed to thinking of time as strictly linear and independent, but Einstein’s theory of relativity says that probably is not the case. Time passes more slowly when close to massive objects.

To overcome our intuition, astrophysicists imagine “taking two twins and somehow sending one of them to spend time near a black hole, [so that] she would actually age more slowly than [her] Earth-dwelling partner,” explains Dunkley. The physical manifestation of aging allows the mind to grapple with the nonuniformity of time, for we are able to envision two differently aged twins despite the semblance of a paradox.

While there are certainly “properties of the mind that get in the way of seeing the truth,” as Turner says, the fact that it is human allows us to engage with the universe. The lives of stars and the twin paradox are just two examples of astrophysicists making sense of the unfamiliar through our own biology. After all, it is the mind of the astrophysicist that must first identify its blind spots and then devise techniques to overcome them. In that sense, astrophysics and humanism go together in a wonderfully unexpected way. As the literary critic Leo Spitzer once wrote, “the humanist believes in the power of the human mind of investigating the human mind.”

So often the predominant reaction to astrophysics focuses on how vast the universe is and how insignificant a place we hold in it. It would be far better to flip the narrative to see the marvel of the mind exploring the cosmos, human lens and all.