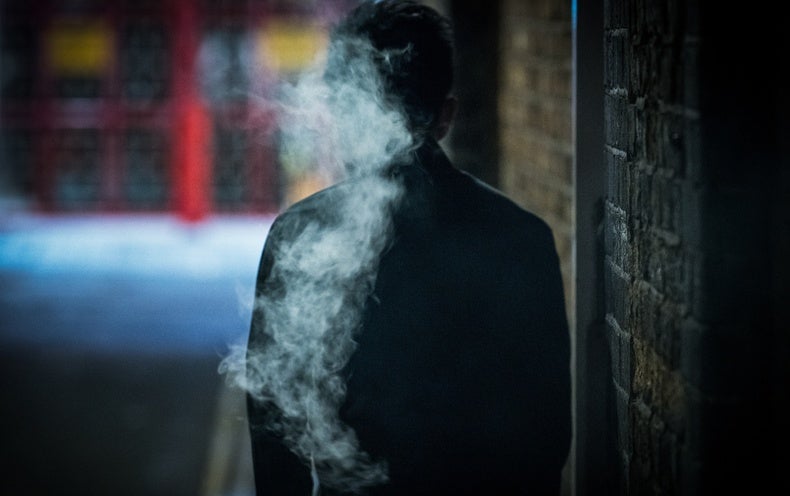 As anyone who’s dealt with substance addiction can tell you, breaking the physical intimacy with the drug isn’t always the most challenging part of treatment. People trying to avoid resurrecting their addiction also must grapple with reminders of it: the sights, sounds and people who were part of their addictive behaviors. These cues can trigger a craving for the drug, creating anxiety that steers them straight back into addiction for relief.

The opioid epidemic in the United States has taken more than 300,000 lives, and support for people working to keep these drugs out of their orbit has become crucial. Methadone and buprenorphine, the current medical treatment options, help break the physical craving for opioids by targeting the same pathways that opioids use. Although these drugs can ease physical need, they don’t quiet the anxiety that environmental cues can trigger, leaving open a door to addiction reentry.

The cannabis compound cannabidiol (CBD), a nonpsychoactive component of cannabis, might be the key to keeping that door locked. Researchers report that among people with opioid addiction, CBD dampens cue-triggered cravings and anxiety, along with reducing stress hormone levels and heart rate. The results were published May 21 in the American Journal of Psychiatry.

“These findings provide support for an effect of cannabidiol on this process,” says Kathryn McHugh, assistant professor in the department of psychiatry at Harvard Medical School’s Division of Alcohol and Drug Abuse, who was not involved in the study. However, she cautions, the results are preliminary, and behavioral therapies are also quite effective at dimming the signal from cues.

The anxiety reduction isn’t specific to opioid-related cues and could generalize to other situations, says neuroscientist Yasmin Hurd, first author on the study and director of the Addiction Institute at the Icahn School of Medicine at Mount Sinai. “It’s just that this particular anxiety leads someone to take a drug that can cause them death, and anything we can do to decrease that means increasing the precious chance of preventing relapse and saving their lives.”

Hurd and her colleagues conducted a randomized, controlled, double-blind trial of 42 drug-abstinent people with a heroin-use disorder. The participants took either 400 or 800 milligrams of CBD or placebo at different intervals so that researchers could assess the immediate and longer-term effects of the compound. Those in the CBD groups exhibited reduced anxiety and craving in response to drug-related cues such as videos showing drug paraphernalia. They also had reduced levels of the stress hormone cortisol in their saliva and lower heart rates. These effects of CBD lasted a week after the last dose, when little to no CBD would be expected to remain in the body.

The antianxiety effects look promising, but whether or not they will generalize is unclear, says Chandni Hindocha, a research fellow in the division of psychiatry, University College London. Pointing to another study showing that a dose of 400 mg of CBD reduced anxiety about public speaking, she says that in both cases, something triggers the anxiety, rather than its being chronic and generalized. “The system on which CBD acts works to bring the body down to a steady state during acute anxiety,” Hindocha says, so CBD may have its effects by speeding up that process.

Pinning down the just-right CBD dose may be tricky, says Gustavo González Cuevas, an associate professor and coordinator in the Department of Psychology at the European University of Madrid School of Biomedical and Health Sciences, who was not involved in the study. “Sometimes lower doses of CBD have been proven to be more effective than higher doses,” he says.

Dose-finding is a next step, says Hurd, in addition to figuring out the best route, oral or inhaled, for administering a CBD-based drug. One thing is for sure, says Hurd: using commercially available “edibles” or smoking cannabis won’t be the best choice because these options offer little dosage control.

Our Language Affects What We See