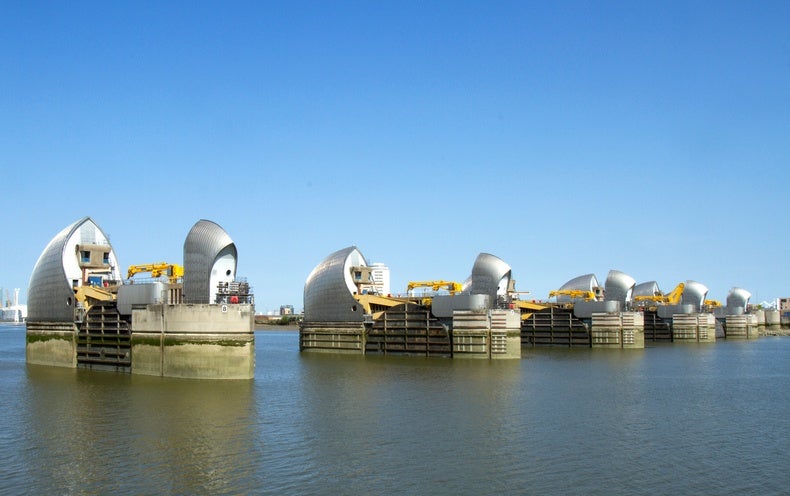 Investing $1.8 trillion globally in climate change adaptation could result in $7.1 trillion in benefits, according to a new report.

The report released yesterday by the Global Commission on Adaptation calls for investment in five areas of adaptation between 2020 and 2030. The areas include early warning systems, climate-resilient infrastructure, improved agriculture, mangrove protection and improvements in making water resources more resilient.

Mangrove forests alone account for more than $80 billion per year in avoided losses by helping reduce flooding. The report said that investing $800 million on early warning systems in developing countries could help avoid $3 billion to $16 billion in losses per year.

By investing in these areas, the report said countries can avoid future losses from storms and other extreme events linked to climate change, as well as expand economies through innovation.

Members of the Global Commission on Adaptation include former U.N. Secretary-General Ban Ki-moon, Microsoft Corp. co-founder Bill Gates and Axel van Trotsenburg, acting CEO of the World Bank. In a statement, Ban said adaptation is not only the right thing to do, but it is the smart thing to do to boost economic growth.

“Climate change doesn’t respect borders,” he said. “It’s an international problem that can only be solved with cooperation and collaboration, across borders and worldwide.”

The report noted various successes in adaptation, such as Bangladesh and its response to cyclones. The country saw more than 300,000 deaths after Cyclone Bhola hit in 1970. Since then, officials have established early warning systems, strengthened buildings and built up awareness, all of which helped reduce the death toll to five after Cyclone Fani struck in May.

In Zimbabwe, farmers using drought-resistant maize harvested up to 1,322 pounds more maize than their counterparts. The result gave farmers a $240 boost in extra income and provided enough food to feed a family of six for nine months.

The report also attributes developments in East London to the success of the Thames Barrier, which provides flood protection.

The report warned there would be consequences without adaptation. To start, climate change could slow growth in agriculture yields up to 30% by 2050. The number of people without enough water would jump from 3.6 billion to 5 billion, and rising sea levels could cost urban areas $1 trillion a year by 2050. Climate change could also sink more than 100 million people below the poverty line by 2030.

“Climate change threatens homes, lives and livelihoods everywhere,” said Trotsenburg in a statement. “But it is the poorest who are often hit hardest because they lack the resources to cope.”

Quantum Resonances in Atomic and Molecular Collisions Near Absolute Zero