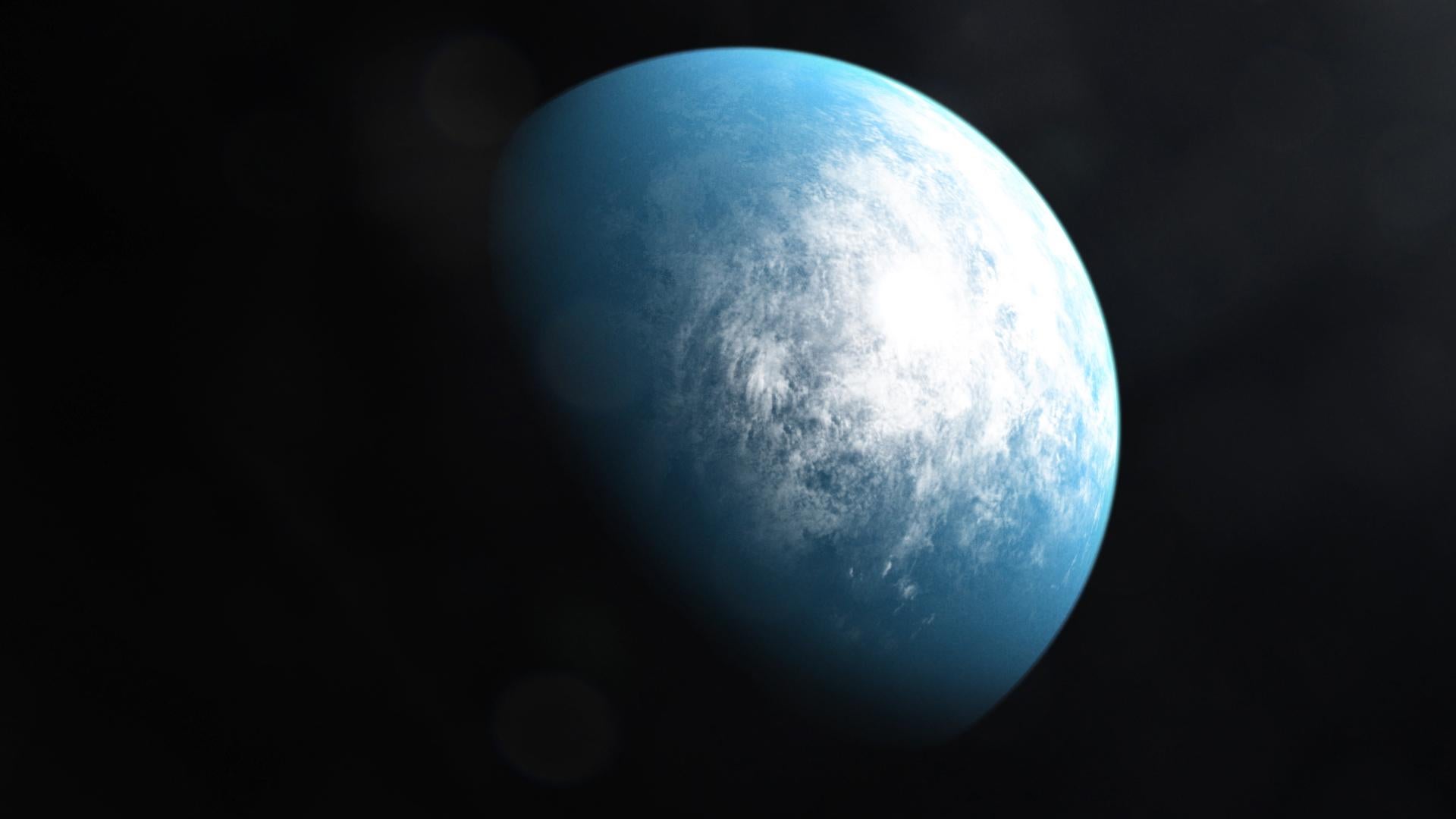 HONOLULU — When scientists search for alien planets, they get a special thrill when they find one that seems to reflect our own world back to us.

TOI 700 d is the newest member of that elite club. The planet was discovered courtesy of NASA’s Transiting Exoplanet Survey Satellite, or TESS, as one of three worlds in a distant solar system. Unlike its neighbors — and the vast majority of planets scientists have identified so far — it seems to be about the same size as Earth and to orbit its star at a distance that would allow water to remain liquid on its surface. The discovery was announced here on Jan. 6 at the 235th meeting of the American Astronomical Society.

As an Earth-size planet in its star’s habitable zone, TOI 700 d is a big deal for scientists. “We really want to understand the question, could life form on these planets around very small stars? And this is kind of a nice big step towards that goal,” Joseph Rodriguez, an astronomer at the Harvard-Smithsonian Center for Astrophysics in Massachusetts, told Space.com. “We’re nowhere near it yet and we’re talking, probably, decades, if not much, much longer to answer this question. but we’re making steps towards arguably one of the biggest questions in science — and not just science but philosophy, religion and a lot of other things.”

But for all their excitement, the scientists involved in the discovery don’t know a whole lot about TOI 700 d. First, they know about its star, a red dwarf that appears to be a more pleasant sun than some. Active stars can fling bursts of radiation and of highly charged material at planets orbiting them, potentially sterilizing these worlds.

“The star is absolutely quiet,” Emily Gilbert, a graduate student in astronomy at the University of Chicago, told Space.com. “We had 11 [months] of TESS data and I didn’t see a single flare. The star is a little bit older so it’s kind of calmed down a bit over its lifetime, we expect.”

The scientists have spotted three planets so far around this quiet star: TOI 700 b, c and d. The first two orbit too close to the star to be promising worlds for life, but the third orbits in the magic ring scientists call the habitable zone, where temperatures allow water to remain liquid on a planet’s surface. “It’s actually farther into the habitable zone than Earth; Earth itself is barely habitable,” Gilbert said.

They are also confident, although not positive, that this planet is tidally locked — the same side always faces its star in a constant day, while the other side is in constant night.

But from there, the uncertainties start to pile up. In particular, the scientists working on TOI 700 d want one crucial measurement: its mass. That number would clarify how likely the planet is to be a rocky world like ours, rather than a gassy body that looks like a small sibling of Neptune.

They’ve announced their findings anyway because that measurement is going to be very hard to get. “There are facilities that can do it,” Rodriguez said. “But there’s only a few, it’s going to take years probably and multiple campaigns and hundreds of observations.”

The scientists also don’t know right now whether the planet has an atmosphere, a vital clue when looking for potential life. “If you have just a rock, no one can live there,” Gilbert said. Unfortunately, answering that question will be even more difficult than measuring the world’s mass.

So for now, scientists are assuming TOI 700 d is rocky, and using models to try to bridge the gap between what they know about the planet and what they know about what life requires. “Modeling helps us say, how robust is this planet? How well can it maintain habitable surface temperatures under all these conditions?” Gabrielle Engelmann-Suissa, a Universities Space Research Association visiting research assistant at NASA’s Goddard Space Flight Center in Maryland, told Space.com.

All told, Engelmann-Suissa and her colleagues ran 20 different models, each starting with a different combination of surface characteristics: Is the world covered in land, or is it covered in water? And atmospheres? Like Earth’s today, like ancient Earth’s, or like that of Mars, for example.

Engelmann-Suissa and her colleagues have no idea which of those models is a better match for the reality of TOI 700 d — if any of them are. “It sounds like a free-for-all and it kind of is when you model all these types of planets,” she said. But the point isn’t to stumble upon a scenario that matches the distant truth. Instead, it’s to get a sense of the range of possibilities and to understand whether scientific instruments could distinguish between them.

On the first front, the TOI 700 d models look somewhat promising. “None of them went into a runaway greenhouse effect,” Engelmann-Suissa said. “In no simulation that we studied did the ocean evaporate, which is cool, that’s a good sign.” She added that the global average temperatures ranged fairly dramatically, but not beyond the bounds of what scientists can imagine particularly hardy life withstanding.

The hottest simulation, for example, turned up an average surface temperature of about 196 degrees Fahrenheit (91 degrees Celsius). “That’s way too hot for us to be comfortable,” Engelmann-Suissa said. “It’s really hot, but it would kind of be presumptuous to say there’s no life”

Modeling’s second goal, to better understand how instruments could see the world, offers a grimmer evaluation of TOI 700 d. Nothing scientists have right now will be able to begin to differentiate between all these possible flavors of planet. NASA’s next major telescope, the James Webb Space Telescope, won’t be able to either, and most future concept designs rely on similar apparatuses.

“That’s a big problem in our field, there’s kind of dim prospects for looking at these planets,” Engelmann-Suissa said. “We need to really experiment with detectors and figure out, OK, how can we get this signal precision? Luckily, it’s not my problem.”

But what the scientists do know for sure is that starting this summer, TESS will again be pointed toward TOI 700 — and that could reveal whole new mysteries to try to solve. “Maybe we’ll find out that we don’t know the architecture of the system: Hey, there’s a few more planets,” Rodriguez said. “Maybe it’s something where it starts to resemble our own solar system, which seems to be uncommon.

“But we just don’t know, and I think that’s really interesting,” Rodriguez said. “We’re going to have a lot more data and we’re just starting to peel the orange and figure out what’s going on with the system.”