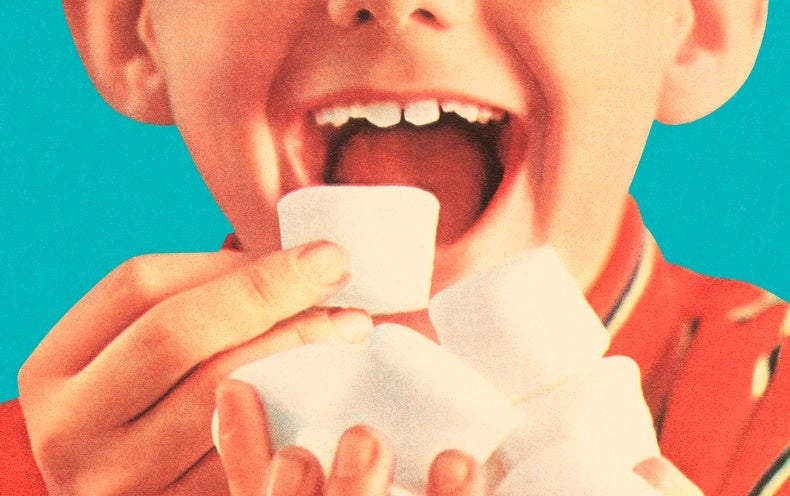 Chances are you have heard about the “marshmallow test.” Put a marshmallow in front of a child and give them two choices: eat it now or wait 15 minutes and get two. According to a classic study, children able to delay gratification and wait for the second marshmallow have better academic, social and health outcomes years later. Since these early experiments, researchers have shown that a wide range of childhood traits from social and emotional skills to motivation and self-control can predict better life outcomes. These children go on to have more educational and occupational success and to live longer, healthier lives.

Now a new study I helped lead has found another link between behavior in childhood and success later in life. Published in the medical journal JAMA Psychiatry, my colleagues and I report that children who were rated as “inattentive” by kindergarten teachers had lower earnings at ages 33 to 35, and those rated as prosocial—such as being kind, helpful and considerate—earned more.

This study shows that inattention may be among the most powerful early behavioral predictors of future earnings. It also demonstrates that it is possible to identify children at risk of lower future earnings based on a single teacher assessment made in kindergarten, which has important practical implications. If these children can be identified, then it may be possible to intervene—for example, by flagging them for further assessment or by providing support or prevention programs—and thus improve their life chances. An important strength of the paper is that it examined a range of specific childhood behaviors and controlled for the children’s IQ and family background (such as their parents’ education level and occupational status), something not all previous investigations have done.

The classic marshmallow study failed to account for intelligence and family background, which are known to influence future life success. Recent efforts to replicate that experiment using a larger and more diverse sample (the original one recruited children from Stanford University’s campus nursery) found that the effect was roughly half of that seen in the classic study. When the researchers controlled for the children’s IQ and family background, the effect virtually disappeared. In other words, the ability to delay gratification in childhood might matter for future success, but intelligence and family background matter much more.

In another influential study, published in 2011, children aged three to 11 with good self-control were reported to have more wealth, better health and fewer criminal conviction in early adulthood. But the paper failed to consider the role of antisocial traits, such as aggression and opposition. When these were adjusted for in a replication study, the effects were considerably weakened. One problem with self-control studies such as these is that they lump many traits—such as attention, delayed gratification and conscientiousness—together to create a single composite self-control score, often combining traits assessed across multiple years. This approach makes it hard to identify the “active ingredients” that are linked with the outcome of interest, a crucial step if you plan to develop targeted intervention programs designed to improve life outcomes by promoting “good” traits and reducing “bad” ones.

Focusing on specific observable behaviors might lead to more reliable and useful predictors of future life outcomes. Experimental studies show that home- and school-based programs can reduce inattentive and disruptive behaviors and enhance prosocial traits through perspective taking, relationship management, and social and emotional training. Also, they are readily observable and easy to measure in the classroom.

My and my colleagues’ new study was based on analysis of nearly 3,000 children living in Canada, who were rated by teachers for behaviors, including inattention, hyperactivity, aggression, opposition, anxiety and prosocial traits, when they were in kindergarten. The children were then followed up for 30 years, and the behavioral ratings were linked to their tax-return records in adulthood. For boys and girls, ratings of inattention at age six was more strongly linked with lower future earnings than any other behavior. Furthermore, for boys only, ratings of aggression and opposition were linked with lower earnings, and prosocial behaviors were linked with higher earnings. The study accounted for other childhood behaviors, including hyperactivity and anxiety, which were not associated with earnings.

This study raises the question of what underlying factors might mediate—or explain—the association between childhood behavior and future life earnings. Low educational attainment and antisocial behavior may be particularly important.

Inattention in childhood is known to be linked with poor peer relations, substance abuse and antisocial behavior in adolescence, all of which can harm educational attainment and diminish employment opportunities, consequently lowering earnings. Similarly, childhood aggression and opposition are linked with substance dependence, antisocial behavior and criminal convictions, which could undermine educational and employment opportunities and lead to lower earnings. The association between boys’ prosocial behaviors and higher earnings may be more intuitive: prosocial children typically get on better with their peers, have fewer behavioral problems in adolescence and perform better at school, which should enhance employment opportunities, collegial relations and, consequently, earnings.

The next step is to figure out which of these mediating pathways are most important in explaining the link between childhood behavior and poor economic outcomes in adulthood so they can be tested in intervention programs. Another important question, which wasn’t addressed in our study, is why the behaviors associated with future earnings appear to differ for males and females. The answer may, in turn, suggest different interventions.

While the ability to wait for a couple of marshmallows may not predict life success, other traits do seem to matter. Where earnings are concerned, kindergarteners’ ability to pay attention—and boys’ ability to be kind—appear particularly important. Fortunately, there are many good reasons to promote these traits.

Actually, We Should Not All Use They/Them Pronouns

Why Women May Be More Susceptible to Mood Disorders